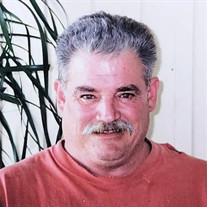 Rodney Edward Meraz, 73, of Needville, Texas passed away at his home on Sunday, January 16, 2022. Rodney, known to many who loved him as “Brother”, was born January 1, 1949 in Houston, Texas. He was the second son of Ralph and Carmen (Connie) Pena. After Ralph passed away in 1951, Connie married Lonzo (Al) Meraz, who adopted her two sons, Ralph (Sonny) and Rodney. They soon moved to Pasadena, Texas and two sons, James and Gerry, followed. Shortly after graduation in 1968 from Sam Rayburn High School in Pasadena, Texas, Rodney served his country during the Viet Nam war in the United States Army. He received many commendations, including combat action ribbons, for his actions while walking point for his platoon. He was a true patriot. After his military service, he spent his working career in the historical building restoration business. Over the years, he worked to repair and restore many landmarks in the Houston area, including the Astrodome, the San Jacinto Monument, the Grand 1894 Opera House, Ashton Villa, and Rice University. In 1975, he was featured in a Texas Parks & Wildlife story about restoration of the San Jacinto Monument, where he was pictured dangling over 500 feet above the battlefield in a bosun chair. Throughout his life, Brother was well liked by anyone who knew him, young or old, and other people were his favorite pastime. He was instantly familiar with even a perfect stranger, known to always have a smile on his face, and remembered for his sense of humor. Even when times were tough, he could find something to laugh about. Brother was good with kids, and they loved him back. While most often jovial, he was also a man of strong principle and common values no matter the consequences. He was known to stand up for what he believed, and he asked for no quarter nor gave any. Although Brother was rough around the edges, there was nothing within his power he wouldn’t do to assist someone in need, especially the homeless or elderly. He gave respect and dignity to those who are often neglected, and he was never too busy to help those in need with a meal, a ride in his truck, or simply a smile, joke and an ear for their story. Rodney is survived by his son, Jody and wife Gwendolyn, and grandsons Henry, Oliver, and Noah. He is also survived by his brother, Ralph (Sonny) Meraz of Schulenburg, and by many loving nieces, nephews and friends who have fond memories of their time together. He is preceded in death by his parents and two of his brothers, James and Gerry Meraz. A service and burial will be held at South Park Funeral Home and Cemetery on Friday, January 28, 2022 at 9:30 AM. In lieu of flowers, please consider a donation to Covenant House (www.covenanthousetx.org or 800-388-3888) or to the homelessness organization of your choice. We know he is welcomed by many dear ones who went before him.

The family of Rodney Edward Meraz created this Life Tributes page to make it easy to share your memories.

Rodney Edward Meraz, 73, of Needville, Texas passed away at his...

Send flowers to the Meraz family.