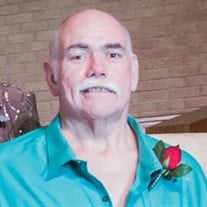 Lawrence Earnest Monahan, Jr. “Larry”, age 66, passed away Friday January 8th, 2021 in Houston, Texas. He had battled Multiple Myeloma cancer since being diagnosed in February 2020. He was a native Houstonian born November 23rd, 1954 to Lawrence Earnest Monahan, Sr. and Jack “Jackie” Helen McKinney Monahan. Larry grew up and always lived in Southeast Houston never moving more than 10 miles from where he was born. Coming from a disciplined household, Larry was taught respect from a young age. His father was a marine, a principal at C.E. King High School, and Deputy Superintendent of Sheldon ISD and took him to every district function. His mother was a nurse and he inherited her caring and giving spirit. He attended Ross Sterling High School and played Varsity football. Larry was a dedicated worker in the refineries in Pasadena, Texas for several years before he worked his way up to plant operator at Lyondell. He was known to take many extra shifts, often working 16-hour days. On his days off he enjoyed taking his boat, the “Nutty Buddy,” out in Galveston Bay to fish for the Texas Trifecta; speckled trout, redfish, and flounder. He always looked forward to his vacation time each summer when he took the family on annual trips to South Padre Island and fished in Port Isabel. His other hobbies included listening to live music, especially blues and watching his local sports teams, The Oilers, The Texans, The Astros, and The Rockets. He loved everything about the great state of Texas. Larry is preceded in death by his parents, Lawrence Earnest Monahan, Sr. and Jack “Jackie” Helen McKinney Monahan and his uncle Clarence Henry Monahan. Larry is survived by his son, Lawrence Ethan Monahan and his wife Ashley Monahan; as well as Ethan’s Mother, Revonda Jean “Jeanie” Monahan. Family always remained his number one priority. His son, Ethan, was his pride and joy. He was full of knowledge and wisdom and was always willing to share it. His spirit, strength, and wisdom will always be remembered. The family will receive friends Tuesday, January 19th, 2021 from 5:00 p.m. – 7:00 p.m., at South Park Funeral Home and Cemetery located at 1310 N. Main Street, Pearland, Texas 77581. The funeral will be held Wednesday, January 20th, 2021 at 2:00 p.m., at South Park Funeral Home and Cemetery located at 1310 N. Main Street, Pearland, Texas 77581, with a graveside service to follow. If you are not able to join us for services please use this link to be with us : http://webcast.funeralvue.com/events/viewer/45890

The family of Lawrence Earnest Monahan Jr created this Life Tributes page to make it easy to share your memories.

Send flowers to the Monahan family.