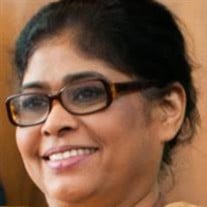 Daiseyamma Philip (Jollymol) was born to the late Mr. Kaithamangalam Thomas Varughese and Mrs. Mariakutty Varughese in Kottanadu, Ranny, Kerala, India on November 26, 1957. She was the third of their five children. Her siblings are Thomas Varughese, Justin Kaithamangalam, Gigi Varghese, and Anu Varghese. She accepted Jesus Christ as her Savior as a young woman. She was soon afterward baptized and spirit-filled. She also received her bachelor's in nursing from SNDT University in Mumbai, India in 1981. Before migrating to the United States in 1984, she worked as a staff nurse in Mumbai and Bahrain. Daisey moved to New York in 1984. She returned to India to marry Podimannil S. Philip (Joykutty) of Manapallil house, Anakkara, Kumily, Kerala, India on October 18, 1984 at the age of 26. Her husband joined her in the United States in 1985. God blessed them with their son Asher in May of 1987, and their daughter Achsah in November 1988. They lived in New York and attended New York Gospel Assembly. Daisey also worked as a nurse for Jamaica Hospital in Queens, NY. In 1998, they moved to Houston, Texas. Until 2014, she worked as a registered nurse at Lyndon B. Johnson Hospital in Houston, TX. Since 2015, Daisey began struggling with her health. Despite her struggles, she kept her faith in Christ. Christ called Daisey to her heavenly home on February 3, 2021. Daisey passed away peacefully in her sleep, with her husband by her side. She was a beloved daughter, sister, wife, aunt, mother, and grandmother. She is survived by her husband of 36 years, P.S. Philip; her son, Asher Philip; her daughter, Achsah Philip; her daughter-in-law, Regina; and her granddaughter, Emilia. In addition, she is survived by the families of her siblings; Thomas & Mariamma Varghese, Justin Kathamangalam & Aleyamma Varghese, Gigi & Wilson Varghese, and Anu & Thomas Varghese. For the past 23 years, Daisey and her family have called Houston home. She was a member of Ebenezer Assembly of God and Amazing Grace Assembly and was actively involved in ministry. She lived an exemplary life of deep conviction and passion for the Lord, His Word, and the shepherding of His people. She set a great example for her family and friends to live a life of commitment to Jesus Christ. Daisey will be greatly missed here on earth but we know that she is in the presence of her Savior, our Lord Jesus Christ. We have hope that we will see her again one day in heaven. Even when Daisey was weak, she lived according to 2 Timothy 4:7, “by fighting the good fight, finishing her course, and keeping the faith” The family will receive friends on Saturday, February 6, 2021, at 10 am at IPC Hebron Church, 4660 Sam Houston Pkwy E, Houston, TX 77048. Mrs. Philip will be laid to rest in South Park Funeral Home and Cemetery immediately following the service. In lieu of flowers, the family is requesting a donation to the Multiple System Atrophy (MSA) Coalition https://support.multiplesystematrophy.org/give/310191/#!/donation/checkout.

Daiseyamma Philip (Jollymol) was born to the late Mr. Kaithamangalam Thomas Varughese and Mrs. Mariakutty Varughese in Kottanadu, Ranny, Kerala, India on November 26, 1957. She was the third of their five children. Her siblings are Thomas Varughese,... View Obituary & Service Information

The family of Daiseyamma Philip created this Life Tributes page to make it easy to share your memories.

Send flowers to the Philip family.