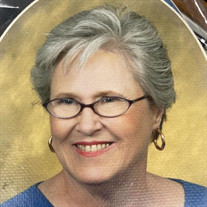 Victoria Reid Gonzalez passed away January 30, 2022 at the age of 76 after a brief illness in Texas City, Texas. She was born July 7, 1945 in Delhi, Louisiana to William and Aletha Reid. Victoria attended Southeastern Louisiana College, where she received a Bachelor of Arts degree in 1970. In 1971, Victoria moved to Pasadena, Texas where she met and married the love of her life, Jose Gonzalez Jr. In 1973, they moved to Friendswood, Texas where they settled and started their family and careers. Her professional career included secretarial work for Celanese Corporations, Stolt-Nielsen and Exxon Mobil. She spent her retirement years biding her time as a sales associate for Avon and worked part-time at American Shaman. Victoria was an active member of many associations, clubs and a devout member of her parish. She faithfully contributed and tithed to various organizations including Diocesan Fund, our lady of Fatima and Unbound. Her interests included the church, her family, painting, sewing, sorority sisters and socializing with her abundance of friends. Victoria served the Lord faithfully and was very active at Mary Queen Catholic Church of Friendswood, Texas. She was the captain of Eucharistic ministers and a reader. She led the team every Sunday. She was also active in the women's club at Mary Queen. She was also an integral part of Beta Sigma Phi, the Xi Psi Xi Chapter, where she served as past President, Vice President and Treasurer, among other titles. One of her many passions was being a member of the of the Decorative Artists of Texas Painting Chapter. She loved being a part of this association. She was the Newsletter Editor and past President. She was also a a part of the National Organization Society of Decorative painters. Victoria was a loving and dedicated mother to her “miracle baby” Christopher Nicholas Gonzalez. She’ll be preceded in death by her husband Jose Angel Gonzalez Jr., mother Aletha Reid, father William Reid and sister Janice Warren. She is survived by her only child Christopher Nicholas Gonzalez and wife Kara Gonzalez of Colorado Springs, CO; brother Jim Reid and wife Sara Reid of Minden, LA; sister Debbie Bealle and husband Gerald Bealle of Oklahoma City, OK; brother Tim Reid and wife Gina Reid of Biloxi, MS. Grandchildren Christopher Joseph Gonzalez, Aaryn Nickolas Gonzalez and Cierra Nicole Gonzalez.

Victoria Reid Gonzalez passed away January 30, 2022 at the age of 76 after a brief illness in Texas City, Texas. She was born July 7, 1945 in Delhi, Louisiana to William and Aletha Reid. Victoria attended Southeastern Louisiana College, where... View Obituary & Service Information

The family of Victoria Reid Gonzalez created this Life Tributes page to make it easy to share your memories.

Send flowers to the Gonzalez family.