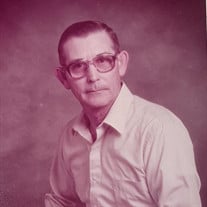 Troy Earnest Surgener passed away peacefully on February 17, 2021 at the age of 94 in his home in Pearland, Texas with his wife Joyce and family by his side. Troy was born on June 25, 1926 in Knox County, Kentucky to Samuel Surgener and Lula Troutman. The youngest of his six siblings, he worked odd jobs to support himself and his family—running switchboards as a boy and working at a movie theater as an adolescent. As a very young man he learned to work hard and to take on whatever job was available to support himself. He worked in a coal mine, a bakery, and a restaurant until he was called to serve his country in the United States Army in 1944 during World War II. After completing basic training for the infantry in Fort Bragg, North Carolina, he transitioned to the artillery in Fort Sill, Oklahoma where he trained military officers for the remainder of the war. He also served as a Military Police Officer in the Korean War in the 1950s, maintaining crucial transportation routes for ammunition trucks heading to the front lines. After the war, he met the love of his life, Joyce Andrus, when they were both working at Montgomery Ward in Houston, Texas. Troy worked as an appliance repairman while Joyce worked as a sales clerk. Together they raised 3 children in Pearland, Texas, where he lived for the majority of his lifetime. He loved Joyce with all he had, showing that love through witty humor, unwavering commitment and service, and even a bit of occasional stubbornness. He was an avid fisherman and baseball fan and enjoyed coffee and playing dominoes. Troy was a good father who always took care of his children and did the best he could to teach and guide them, a loving grandfather and great-grandfather to many. He was a man who never cared much about himself and relentlessly gave his time and resources to others in need. His devotion to his family was evident in the unique and special relationships he built with each and every member—children, grandchildren, nieces, nephews, great-grandchildren, and so many more. He was thankful to have been blessed with many years of good health so that he could spend his time with those he loved. He is preceded in death by his parents, Sam and Lula; siblings, James Herman, Mary Helen, Ruth, Norman Delbert, Eunice Marie, Bill, Ed, Jake (Elsie), Maude, Mary, Lori, and Laurie; daughter, Anita; siblings-in-law, Vernon Garner and John Brady; and best friend James Buckley. Mr. Surgener is survived by loving wife, Joyce; children, Sharon, Gary, Greg, and Debbie; 11 grandchildren, 26 great grandchildren and one on the way, a dear niece Stephani Rice, nephews, and other beloved relatives and friends. To access the Livestream, please click the link below: http://webcast.funeralvue.com/events/viewer/49124

Troy Earnest Surgener passed away peacefully on February 17, 2021 at the age of 94 in his home in Pearland, Texas with his wife Joyce and family by his side. Troy was born on June 25, 1926 in Knox County, Kentucky to Samuel Surgener and Lula... View Obituary & Service Information

The family of Troy Earnest Surgener created this Life Tributes page to make it easy to share your memories.

Send flowers to the Surgener family.