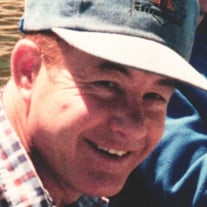 O’Dell Sherrill passed away Oct 6th, 2021 following a long battle with Leukemia. He spent his last week at home surrounded by the love of his life, Linda, his two sons Kevin and Kyle, Kyle’s wife Antoinette, and their three children. O’Dell met his future wife Linda Vanderveer just out of high school. They soon married and settled in Bakersfield, CA., where together they raised two sons, Kevin and Kyle. Their remained each other’s constant companion for 59 years, and to the end still called each other “Sweetie” and “Honey”. He is survived by brothers Bobby and Cecil, and sisters Lillian Roland, Petricia Sterling, Wanda Sherrill, Marcella Young, and Laura Bates. O’Dell was born Sept 13th, 1939 in Springer, Oklahoma, as one of eight children to Ivan Raymond Sherrill and his wife Gladys. He was raised in the rural farming town of Arvin, CA where he played football and was a state finalist in wrestling. O’Dell had a long and distinguished career that began harvesting crops as a young child. He worked for 29 years at Hoppers Machine Works in Bakersfield, starting as a floor sweeper but rapidly being promoted to Foreman over ~175 men, then Quality Control Manager. When Hopper closed its doors, he worked as QC Manager for Lortz Manufacturing for more than a decade before retiring in 2007. Among his proudest professional accomplishments was supervising the building and installation of the crane device that lifted NASA’s Space Shuttle onto the back of a 747 for transport as well as the launch facility for the X-33 experimental space plane. O’Dell loved to invent and build things with his own hands. His intense drive and curiosity lead him to gather skills and trades the way some people collect coins, eventually becoming an accomplished auto mechanic and home builder. He built and drove his own race car at both Bakersfield Speedway and Mesa Marin Raceway in the 1970’s with the help of his lifelong best buddy, Jim O’Toole. He loved boating, camping and backpacking with his family all through the Sierra Nevada Mountains and along the California coast. He repaired and maintained every machine he ever owned…except for one very nasty microwave oven! He built his own custom home in the 1980’s with help from family and friends, where he and Linda lived for 30 years before eventually moving to Houston, TX to be closer to family, including three wonderful grandchildren. Always the jokester, O’Dell often claimed that when he died, he hoped everyone would dance on his grave and celebrate his life. We are too saddened by his loss to fulfill his wish, but we will always fondly remember his silly sense of humor. http://webcast.funeralvue.com/events/viewer/61963/hash:A6BE09366AA9AC14

O&#8217;Dell Sherrill passed away Oct 6th, 2021 following a long battle with Leukemia. He spent his last week at home surrounded by the love of his life, Linda, his two sons Kevin and Kyle, Kyle&#8217;s wife Antoinette, and their three children.... View Obituary & Service Information

The family of O'Dell Sherrill created this Life Tributes page to make it easy to share your memories.

Send flowers to the Sherrill family.