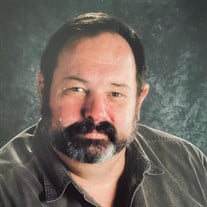 JOHN ALLEN RANK LONGSTREET passed away at his home on December 4, 2021. He was born on October 26, 1954, in Ft. Fairfield, Maine to parents Allen and Sherry Longstreet. He was preceded in death by his parents and sister-in-law, Gina Longstreet. John is survived by his wife, Sharon Longstreet, their three sons and their spouses, Matthew and Jennifer Longstreet, sons William and Jacob; Patrick and Kimmie Longstreet, sons Easton and Grayson; Steven and Lorin Longstreet, sons Aidan, Tyler and Blaine; John’s sister, Linda and husband Jesse, daughter Katie; and brother, David Longstreet. John will be remembered fondly by his family, as sitting in his recliner, watching multiple sporting events at once, while listening to music, ordering something from Amazon and explaining how some historical event relates to your current conversation. He was a wealth of knowledge, a human jukebox and dedicated family man. As the son of a USAF officer, John moved frequently and eventually graduated high school in Austin, Texas in 1972. Shortly after, he started his bachelor’s degree at Texas Tech in Lubbock, Texas. This is when the stars aligned and he was introduced to the love of his life, Sharon, by her older brother and his roommate, Mark. John and Sharon were married in Dallas, Texas on April 24, 1976. They were blessed with almost 46 years of marriage. They were dedicated to raising their three sons. John passed his love of sports down to all his boys and enjoyed coaching many of their little league teams. This passion for sports continued with his grandsons and John could often be found in the bleachers, cheering loudly. John had a love for history, which was planted in him by his Grandmother Longstreet, who told him stories about General Longstreet and his family lineage. John has spent his entire life as a history enthusiast, collecting Civil War memorabilia, historic art pieces and accumulating book collections. Family vacations were often scheduled around visiting various battlefields and historic monuments. John’s love of history motivated him to finish his degree and become a high school history teacher. He taught until becoming disabled in 2010. John and Sharon returned to the Houston area to be closer to their families in 2013. John was able to spend quality time with all his family and be surrounded by the people most precious to him throughout his illness. John was a faithful and loving husband, devoted father, the best Dodie to his grandsons and will be dearly missed. http://webcast.funeralvue.com/events/northstar/65223/hash:CF9E697982C8AB30

JOHN ALLEN RANK LONGSTREET passed away at his home on December 4, 2021. He was born on October 26, 1954, in Ft. Fairfield, Maine to parents Allen and Sherry Longstreet. He was preceded in death by his parents and sister-in-law, Gina Longstreet.... View Obituary & Service Information

The family of John Allen Rank Longstreet created this Life Tributes page to make it easy to share your memories.

JOHN ALLEN RANK LONGSTREET passed away at his home on December...

Send flowers to the Longstreet family.