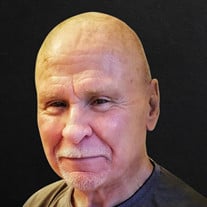 April 5, 1949- February 5, 2022 John’s deep love of his family and friends and his caring and nurturing spirit didn’t come to an end with his death. John passed away peacefully on February 5, 2022, at the age of 72, after a hard-fought battle against sepsis. He was surrounded by his loving wife and daughters, who will continue to honor his legacy by loving and caring for others in same way he did. Born on April 5th, 1949, in Houston, TX to Tom and Miriam (Matthews) Fox, John was the youngest of five children. Raised in the neighborhood of Manchester, John (often called Johnny by his family) was always telling jokes, cutting up and making his family laugh. A 1967 Milby High School graduate, John had a 35-year career with Shell Chemical in Deer Park, TX where he worked as a heavy equipment operator and a maintenance supervisor. In 1972, John met the love of his life Diana at a wedding rehearsal. In 1974, the two married and later welcomed two beautiful daughters Jennifer and Laurel. An extremely compassionate and sensitive individual, John was always caring for others. He was an avid car enthusiast and enjoyed drag racing, convertibles and the time spent “working” on cars with his buddies. A lover of music, John enjoyed many different styles and genres (especially the rock and roll of his youth) but most recently he enjoyed singing to his grandbabies. His grandchildren meant the world to him and for the last 8 year have been the joy and light of his life. John leaves behind his wife Diana Fox, daughters Jennifer (Kelly) Roberts and Laurel (Brad) Waller, his beloved grandchildren Asher, Dylan, Autumn and Ian, sisters Elizabeth “Betty” Kubiak, Margaret “Mardy” (Ken) Barber and sisters-in-law Susan Fox and Joan Fox. He also leaves behind numerous nieces, nephews, great-nieces and nephews, great-great nieces and nephews, friends, neighbors and co-workers who are all grieving his passing. He is preceded in death by his parents and brothers, William “Bill” Fox and Lawrence “Larry” Fox. A celebration of life will be held in Pasadena, TX at Asbury United Methodist Church on Tuesday, February 8th at 1:00pm. Guests are asked to please wear masks. Following the service, a reception will be held at 2:30pm additional details will be provided. In lieu of flowers, donations may be made to Asbury UMC’s Renovation Fund or the Houston Food Bank.

John’s deep love of his family...

Send flowers to the Fox family.