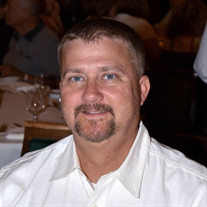 Jeffrey Wayne Brown of Pearland, Texas passed away Friday, April 23, 2021 in Galveston, Texas. Jeff was born December 10, 1966 in Wharton, Texas to James Ray Brown and Barbara Marie Brown (Hranicky). He grew up in Wallis and graduated from Brazos High School in 1985. He very proudly attended The University of Texas at Austin graduating McCombs with his BBA and later obtaining his CPA license. On May 6, 2000, he was united in marriage with Stacey Brown in Austin. Following his graduation, Jeff worked in public accounting for PKF of Texas and then went into private industry working for Hunting PLC until his death. Jeff was a member of Sacred Heart of Jesus Church (Manvel) and Guardian Angel Catholic Church (Wallis), The Knights of Columbus Council 3793, KJT Catholic Union of Texas, Life Member of Texas Exes, The Longhorn Foundation, Texas Society of Certified Public Accountants, Houston CPA Society and CCA Texas. Despite all of his professional accomplishments, Jeff’s most important role and the one in which he was most proud was being Dad to Taylor and Ryan. Jeff’s numerous practical jokes and overall shenanigans were commonplace in the Brown-house including ghost pepper eating contests and WWE throwdowns. He adored and supported his boys in each and every endeavor and they will forever be his living testament. Jeff and Stacey loved attending UT Longhorn football games, were both in the stands at every one of the boys’ games or performances and shared a love of the coastal waters. Jeff was an avid angler and loved the Texas gulf coast and bays. He enjoyed any time he could get away on the coast with a pole in the water. Jeff was also a history buff and was fascinated with WWII Pacific Theater, Civil War and all things Texas history. As many of you know, Jeff loved Halloween. It was his favorite holiday and his costumes were quite legendary. As we celebrate his life, one of his greatest gifts was his humor and his intellect. Jeff could brighten any day with his antics and could work wonders with just about any financial statement. Jeff is survived by his wife Stacey Brown, his children Taylor and Ryan of Pearland, his parents Ray and Barbara Brown of Wallis, his brother Jimmy Brown (Alana) of Katy and his sister Diane Jones of Ramona, California. Aunts Margie Fischer (Bob) and Claire Hranicky (Charlie). Nieces and nephews: Jamie Brown (Geno), Jerrol Brown (Kelly) , Chrissy Brown (Tristan), Cathy Brown (Austin), Caitlyn Brown (Chris), Bobby Jones and Bryan Jones. Jeff is preceded in death by his grandparents Richard and Mary Hranicky, James (JH) and Bernice Brown. Honorary Pallbearers: Jeff Szymanski, Dane Tipton, Cary Stevens, Ryan Elliott, Jon Szymanski, Ray Hanzelka, Zachary Redd and Americ Paquette. To honor Jeff, please support the National Alliance on Mental Illness (NAMI), Coastal Conservation Association of Texas (CCA) or your local police and first responders. If you are unable to attend services please follow the link : http://webcast.funeralvue.com/events/viewer/53087/hash:31D2AB86CAB327FF

The family of Jeffrey Wayne Brown created this Life Tributes page to make it easy to share your memories.

Send flowers to the Brown family.