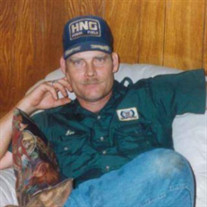 James F. Black, Jr., was born in Rosenberg, Texas on March 26, 1959 to Dorothy L. Black and James F. Black, Sr. He graduated from high school in Pearland, Texas in 1977. After graduating from high school, James joined the United States Airforce. After serving his grateful nation, he pursued a career in the Oil and Gas field for the most part of his life. James also went to the Police Academy in Alvin, Texas to become a Police Officer in 2008. James F. Black, Jr., is survived by his loving wife of 7 years, Adele Marie Black of Pearland, Texas; two sons, Jeremy A. Black & his wife of Friendswood, Texas, Justin E. Black & his wife of Lufkin, Texas. His mother, Dorothy L. Black of Pearland, Texas; his brother, Curtis L. Black and his daughter, Hanna Black of Pearland, Texas; one great grandchild, Jayce Kreig; Step-daughters, Monica, and Nick, as well as their 4 children, and step daughter, Candy; along with his loving aunts, uncles, nieces and nephews. He is preceded in death by his father, James F. Black, Sr.

The family of James F. Black Jr. created this Life Tributes page to make it easy to share your memories.

Send flowers to the Black family.