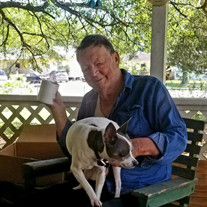 Jack Eugene Hawk, 82, died May 11, 2021, at his home in Pearland, TX. He was born December 28, 1938, in Chipley, FL, the son of Parker Wilson and Viola Myrl (Snyder) Hawk. Jack was a graduate of Chipley High School, Class of 1957. Following graduation he was employed by Coggin & Deermont and Florida Department of Transportation. After leaving Florida, he was a truck driver for McClellan Engineering and Chemical Leaman, both out of Houston, TX. In addition to his parents, he was predeceased by his wife, Kathy, a son, Martin, and two brothers, Wayne and Kenny. Surviving is his daughter, Wanda Casey (Shane); sister, Gina Hawk Metcalf (Dale); three grandsons, Cory Hawk (Renee), Michael Casey (Tiffani), and Matthew Casey (Trista); five great grandchildren; three nephews and two nieces; and his faithful dog, Skipper. Visitation will be at 1 p.m. Wednesday, May 19, at South Park Funeral Home, Pearland, TX, followed by a Memorial Service at 2 p.m.

The family of Jack Eugene Hawk created this Life Tributes page to make it easy to share your memories.

Send flowers to the Hawk family.