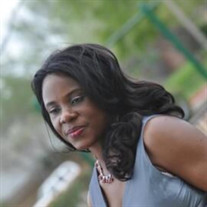 OBITUARY OF LATE IDARAESIT ADELE (NEE LAWRENCE BASSEY) Just as the Holy Bible declares, “To everything there is a season, and a time to every purpose under the heaven: A time to be born, and a time to die…” (Eccl. 3:1-2) Late Idaraesit Adele (Idara, as she was fondly called by family and friends) was born on the 25th of February, 1973 to the family of Late Lawrence Bassey Akpan LL.D and Late Mrs. Grace Bassey Akpan of Ata Essien Ikot Mbon Ikono in Uyo Local Government Area of Akwa Ibom State, Nigeria. Her late parents were resident in Washington D.C at the time of Idara’s birth. Idara was in Day Care in Washington D.C until 1978 when she turned 5 and was taken back to Nigeria where she attended Command Children Primary School, Calabar, Cross River State, Nigeria. Upon completion of her primary education in 1985, Idara proceeded to the prestigious Federal Government Girls College, Calabar in 1986 for her High School. She then gained admission into the University of Calabar in 1991 where she studied Geology and graduated as one of the best students in the class of 1995. Idara did her compulsory service year in 1996, which required her to relocate to the city of Port Harcourt, Rivers State, Nigeria where she met and got married to Mr. Adesola Adele in 2000. The marriage was blessed with three wonderful children whom Idara loved, valued and cherished throughout her short but impactful life on earth. Idara relocated to the US in 2008 where she lived and worked until her demise. She was an astute and firm believer in the Lord Jesus Christ and would not trade her faith for all the fortunes of this world. She made it her responsibility to sensitize believers on what is means to have a relationship with God through Christ as opposed to the sentiments and dangers of religion. Idara was hospitable, accommodating, selfless, caring, loving and compassionate, and these virtues endeared her to so many people. Her sense of humor was exceptional and admirable. In 2013, Idara was diagnosed with cancer and being the fearless, strong and courageous woman she was, she fought it with everything in her for nine (9) good years and on that fateful afternoon of Wednesday the 20th of April, 2022, it pleased the Lord to call her home to eternal rest. She passed at the age of 49. May her loving soul continually rest in the bosom of her Lord and Savior, Jesus Christ where there is no more pain or sorrow. Idara is survived by three lovely children namely; Oluwatosin Adele, Adeola Hadassah Adele and Faderin Hephzibah Adele, three brothers, two sisters, nephews, nieces, friends and relations who will fondly keep her memories evergreen. If you can't join the family in person for the visitation and service click this link and watch via livestream: http://webcast.funeralvue.com/events/viewer/73270/hash:30B25CAA92FD31C4

The family of Idaresit A. Adele created this Life Tributes page to make it easy to share your memories.

Send flowers to the Adele family.