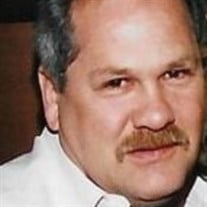 Howard Landree passed away Monday September 27, 2021 in Round Rock, Texas surrounded by loved ones. He was born to Arthur and Agnes Landree on April 25, 1954 in Alberta, Canada. Left to treasure his memory are two brothers, John Landree; Donald... View Obituary & Service Information

The family of Howard James Landree created this Life Tributes page to make it easy to share your memories.

Howard Landree passed away Monday September 27, 2021 in Round...

Send flowers to the Landree family.