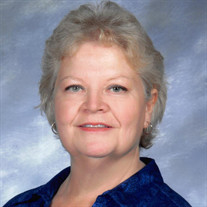 Holly Suzanne Chauvin, 68, of Pearland passed away on January 24, 2022 in Pearland. She was born on April 10, 1953 to Gustave Rundell and Alta “Bebe” Chauvin in Tulsa, Oklahoma and was one of eight children. She was preceded in death by her siblings, Wayne Chauvin, Constance Wittstruck & Gary Chauvin. In 1966 she moved with her family to Pearland where she has resided for the last 56 years. She graduated from Pearland High School in 1971 where she excelled in shorthand and was a star student of Glenda Dawson who greatly inspired her. Holly retired from Pearland Police Department as a dispatcher after a total of 27 years. She received numerous awards during her career which included a “Silent Hero 911 Award”, Loyalty Awards, Employee of the Year Award and a special award for her part in the dispatching during the Brookside Explosion Disaster in 1978. Following retirement from the City of Pearland Holly was employed with the Texas Department of Criminal Justice and retired after 14 years of state service. She was also a member of the Pearland Citizens Police Academy. Holly’s greatest joys were her nieces and nephews. She was the best Aunt to 15 nieces and nephews, which expanded to 64 nieces, nephews their spouses, great and great-great nieces and nephews. They all loved her BIG! She was the cool funny aunt who loved going to the movies, dinner, vacations, crabbing, camping, and ball games. Holly also loved gardening and was famous for baking birthday cakes for family, friends and co-workers. She had a contagious laugh and a big, beautiful smile. She is survived by her brothers, Alan Chauvin (Gladys), Kenneth Chauvin, Brian Chauvin (Krissy) and sister Frances Evans (Tim). A visitation will be held from 5:00 – 7:00 on Thursday, January 27, 2022 at South Park Funeral Home, Pearland, Texas. A funeral Mass will be held on Friday, January 28, 2022 at 10:00 am at St. Helen Catholic Church with Rev. Jim Courville officiating. A grave side service will immediately follow at South Park Funeral Home in Pearland. In lieu of flowers consider donating to the Pearland Citizens Police Academy Alumni Association (PCAAA) in Holly’s Memory. Checks payable to PCPAAA. Mail to Pearland Police Department Attn: PCPAAA, 2555 Cullen Parkway, Pearland, TX 77581

Holly Suzanne Chauvin, 68, of Pearland passed away on January 24, 2022 in Pearland. She was born on April 10, 1953 to Gustave Rundell and Alta &#8220;Bebe&#8221; Chauvin in Tulsa, Oklahoma and was one of eight children. She was preceded in death... View Obituary & Service Information

The family of Holly Suzanne Chauvin created this Life Tributes page to make it easy to share your memories.

Holly Suzanne Chauvin, 68, of Pearland passed away on January...

Send flowers to the Chauvin family.