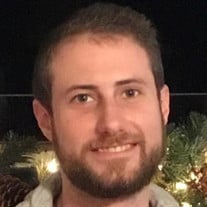 Garrett William Nissen, of Leander, TX, passed away unexpectedly on October 2, 2021 at the age of 30. He was a beloved son, grandson, brother, cousin, nephew, uncle, and friend to all. Garrett is preceded in death by his great-grandmother “Memaw” Evelyn Nissen, and grandparents Leonard Murry Farr, Josephine Farr Baden, and “Opa” Bud Baden. He is survived by his parents, Stacy and Debra Nissen, his grandparents, Ronald and Janet Nissen, sister Rhea Ann Pertl and brother-in-law, Eric Pertl, brother, James Murry Nissen and sister-in-law, Tara Nissen, and brother Ronald Benjamin Nissen. Garrett is also survived by great uncle, Dale Nissen and wife Margaret Nissen, and great aunt, Janene Bush and husband Mike Bush, uncle and aunt, Greg and Renee Long, uncle and aunt, Gama and Stephanie Paz, aunt, Shauna Hawkey, uncle and aunt, Lynnwood and Patti Champion, and uncle and aunt, Jay and Patricia Farr, nephews, Luke and Josiah Pertl, as well as a host of cousins and a multitude of friends, all of whom loved Garrett dearly. Garrett was an outgoing, people person who made friends instantly. He had the “gift of gab,” and would talk (at length) to anyone, anytime, anywhere, about any subject. He was a talented musician and an accomplished golfer. He collected knives and guns, and was an avid reader. He loved to travel with his family and spend time outdoors, especially in the Hill Country of Texas. Garrett was quick to learn and master anything he put his mind to. He possessed a keen wit and a great sense of humor. Garrett loved to laugh! At Deer Park High School, he participated in choir, golf, debate, one- act play, was a member of the Swing Choir, performed in Hello Texas, and played the lead role in the musical, “Grease.” After graduation, he served in the United States Marine Corps, and later worked numerous jobs, including being a great server at many restaurants in the Houston and Austin area, security at event venues in Austin, and his “dream job,” being a zip-line tour guide on Lake Travis. Garrett Nissen overcame many setbacks in his life, not the least of which was a near fatal motorcycle accident. God used Garrett to have an impact on those he came in contact with. He never gave up trying to be a better person, Christian, and friend. Garrett will be greatly missed by all who knew him.

Garrett William Nissen, of Leander, TX, passed away unexpectedly on October 2, 2021 at the age of 30. He was a beloved son, grandson, brother, cousin, nephew, uncle, and friend to all. Garrett is preceded in death by his great-grandmother &#8220;Memaw&#8221;... View Obituary & Service Information

The family of Garrett William Nissen created this Life Tributes page to make it easy to share your memories.

Send flowers to the Nissen family.