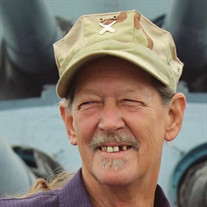 Francis Thomas Angier, Jr. was born on November 12, 1956, to a hardworking and devoted family in Utica, New York. At the young age of 9, the family moved to Edmond, Oklahoma, where the family still resides. Francis or “Fran” as he was known, was the oldest of 6 siblings, all of whom were very close. He graduated from Edmond Memorial High School in 1974. Eventually, he moved to Texas, where he worked in construction for several years. Fran found a passion for working on cars and opened his very own successful mechanic shop in Baytown, Texas. He spent most of his days working in his shop, inspecting and repairing vehicles. He was very helpful and any time one of his brothers needed help with their vehicles, he was always willing to give a helping hand. In his spare time, he enjoyed researching the Angier family linage, collecting guns, and coins. Fran also found a passion volunteering to restore the Battleship Texas from 2014 through 2019. Eventually, he found the love of his life, Nancy, while he was volunteering at The Battleship Texas. The two united in marriage in February of 2019, in a beautiful ceremony with all their friends and family. Both Francis and Nancy spent their time living life to the fullest. Francis enjoyed mentoring and spending time with his grandchildren also. On Sunday, December 12, 2021, at 6:05pm he passed on to heaven. Francis is preceded in death by his loving parents, Francis and Judith Angier; and his beloved sister, Patty Angier. He is survived by his loving wife, Nancy Angier, and four siblings, Keith, Laurie, Mike, and Chris and their spouses, grandchildren, and numerous nieces and nephews. Francis will be remembered for his ability to fix anything and his love of music. He will be missed dearly by his family and friends.

Francis Thomas Angier, Jr. was born on November 12, 1956, to a hardworking and devoted family in Utica, New York. At the young age of 9, the family moved to Edmond, Oklahoma, where the family still resides. Francis or &#8220;Fran&#8221; as... View Obituary & Service Information

The family of Francis Thomas Angier Jr created this Life Tributes page to make it easy to share your memories.

Send flowers to the Angier family.