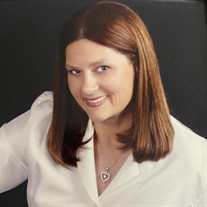 Connie Lynn Tharp Weber June 27, 1954 - December 8, 2021 Connie was born on June 27, 1954, in Houston, TX, to Mr. and Mrs. Jack and Dorothy Tharp. Sadly, at the age of 67, she passed away on December 8, 2021 surrounded by her family. Connie grew up in the East Haven neighborhood on Conger Street in Houston. When her father, who worked for Phillips 66, was transferred, she and her family moved to Bartlesville, Oklahoma, where she graduated from Bartlesville High School. She then attended Oklahoma University her freshman year. In 1972, her father was transferred back down to Houston where they moved into the Sagemont Area, on Sage York Dr. She then attended Texas Woman’s University in Denton, Tx, where she graduated with a Bachelor of Science degree in Nursing and went to work doing her dream job at St. Lukes/Texas Children’s Hospital. After thirty years of service she then retired from Texas Children’s Hospital. When Connie would come down from school, she would occasionally see a young man two doors down coming to visit his brother and sister in law. That young man turned out to be the love of her life, Russell Weber. And as the saying goes, the rest is history. Connie had many loves in life. Some of those many loves where going shopping, especially with her Mom, camping, riding her wave runners, shopping, traveling, Diet Dr. Pepper, Sonic, being called Nonnie by her many grandkids, oh, and shopping. Unfortunately, Sonic may now go out of business. Connie and Russell loved to build sets, sew costumes, or help out in any way they could for many years at the Pearland High School musicals, in which all three of their children were a part of. Many of those years were spent after their children had graduated and left for college. Among some of her greatest accomplishments in life, her greatest accomplishment was being called Nonnie by her grandchildren and Mom by not only her biological children, but the many other people that she and Russell considered to be their children. There was never a friend or pet that Jenny, Bryan, or Maegan brought home that was ever turned away, hence the many extra children! Connie was preceded in death by her daughter Jennifer Kathleen Weber, father Jack Tharp, sisters Caela Bova, and Cathy Tharp. Mother and Father in-laws Raymond and Gerry Weber, nephew Jason Weber, Godson Christopher Wirth, and best friend Donald Wirth. She is survived by her husband Russell Weber, mother Dorothy Tharp, son Bryan Weber and spouse, daughter Maegan Watson and husband James Watson and grandson James Russell and granddaughter Audrey Kathleen Watson. Sister Carol Krysher and husband Ken and children Kathleen and Jacob Krysher. Caela’s children Cassidy and Keith Bova. Adopted daughters Mindy Selby and husband Brett and children Lexi, Richard, and Nicholas. Shontyl Murray and husband Andrew and children Jaxon and River Murray. Lifelong best friend Cheryl Wirth. And a host of many other friends and loved ones. The one thing that Connie loved most to do in life was to dance and one of her favorite songs was I hope You Dance, by LeAnn Womack. Connie truly lived life by some of the lyrics in this song. “I hope you never fear those mountains in the distance, never settle for the path of least resistance, when you come close to selling out reconsider, give the heavens above more than just a passing glance, and when you get the choice to sit it out or dance, I hope you dance”.

The family of Connie Lynn Weber created this Life Tributes page to make it easy to share your memories.

Send flowers to the Weber family.