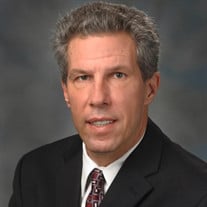 Dr. Christopher Wood died in the late hours of November 3rd, 2021 after a nearly 1 year battle against a neurologic condition. The cause of which remained a mystery which weighed on him during his final days. Chris was a singular force in the world of kidney cancer surgery and research. His innumerable contributions to the field will reverberate for generations. The countless lives he has saved sets a high water mark few oncologists will ever match. The loss of Chris is simply unbearable to the many with whom he shared time. To those who will now never have that privilege the lost opportunity cannot be overstated. The outpouring of grief across the globe is just a small indication of his profound impact on so many. Chris had a larger than life personality, a boundless intellect, a humble humor, and above all else a seemingly limitless generosity. Despite every conceivable justification for hubris Chris always put others on a pedestal above himself. He cared so deeply, provided so much of himself to others, and never focused the lens of attention to his own needs or ego. Now the lens of sorrow gathers the countless among us who weep at his loss and focuses it here in Texas where he has spent the lions share of his life. Chris loved medicine, but one thing he loved more was his family. Chris met his wife, Colleen B. Wood, while in medical school from there she became one of his main supporters. She made sure to keep him humble and down to earth throughout all of his accomplishments. Chris took great pride in watching his kids, Chris Jr., and Sarah grow up and accomplish their dreams. He was very proud of them. Chris enjoyed traveling the world in fact he took great pride in visiting all the continents around the world in Red Sox attire and or Texan’s attire. Chris and his family would often spend a lot of time in Steamboat Springs, Colorado. He was an avid downhill skier and would hit the slopes with his son, Chris Jr., and brother, Ken. Before becoming the world renown surgeon, we all know and love today, Chris was born in Warwick, Rhode Island where he thought making milkshakes at Newport Creamery was his true calling. His mother and father, Kenneth G. and Janet L. Wood knew he was something special and pushed him to be someone more than making milkshakes in Warwick, RI. We loved him deeply and his absence will leave a void in our hearts for the rest of our days. He is survived by his wife Colleen and children, to whom he was their best friend, Chris Jr and Sarah, and his brothers Todd and Kenneth. Celebration of Life for Christopher G Wood January 8th, 2022 3pm - 6pm Chairman’s Club at NRG Stadium (7th floor south side of stadium) Parking : Enter through Gate 9 to park in blue lot. 1 NRG Parkway Houston, TX 77054

Dr. Christopher Wood died in the late hours of November 3rd, 2021 after a nearly 1 year battle against a neurologic condition. The cause of which remained a mystery which weighed on him during his final days. Chris was a singular force in the... View Obituary & Service Information

The family of Dr. Christopher Griffith Wood Sr. created this Life Tributes page to make it easy to share your memories.

Send flowers to the Wood family.