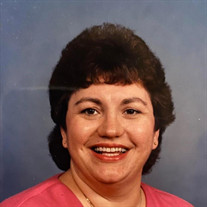 Carole was born August 24, 1948 in Houston, Texas, the daughter of Cleo Edward and Edna Browdy. Carole was baptized and confirmed in the Lutheran church. Carole graduated Texas Lutheran College receiving her BS degree in 1970. She attended the University of Arizona working on her graduate degree in chemistry. Carole was accepted into the University of Texas Medical School in Galveston, Texas and graduated with her MD in 1977. She attended the University of Texas Medical School in Houston working in Family Medicine. Carole received certifications and licensure from the American Board of Preventative Medicine and Occupational Medicine. Carole began her Medical career specializing in occupational medicine. She worked for the Dow Chemical Company in Freeport, Texas for 17 years. Carole continued working in occupational medicine in Louisiana for two years. Carole relocated to Tennessee and continued her work in the field of occupational medicine in the La Vergne Tennesse area. She retired from her medical career in 2008. Carole moved back to Texas and has lived in Pearland for the last 13 years. Carole was a loving and devoted mother to her only daughter, Claire. She encouraged her to learn and strive to be successful. Carole especially loved and enjoyed spending time with her grandson, Aiden. Through the years Carole enjoyed traveling with her family, needle point, sewing, painting ceramics and shopping. Carole is preceded in death by her parents and her brother-in-law, Richard Paul. Carole is survived by her daughter, Claire Elizabeth Browdy and her grandson, Aiden Michael Browdy of Pearland, Texas. She is survived by her sister Katherine Browdy of Pearland and her brother Forrest Browdy and his wife Brenda of Brazoria, Texas. She is survived by her niece Jessica Carole Paul and her fiancé Daniel Paramo of Rosharon, Texas. She is survived by her great nephew Daniel John Paramo of Rosharon, Texas. Carole is survived by her nephew, Will Meadows and his wife Ellen of Taipei,Taiwan. She is also survived by her aunt Florence Gaskamp of Richmond, Texas. She is survived by her good friends Connie Uribe Donato of Yuma, Arizona and Kate Rathbun Edwards of Baton Rouge, Louisiana. Carole’s family would like to thank her caregivers at Wingsong Nursing Care Center in Pearland for their wonderful care. If you cannot join us for the service, you can join us online by clicking on the following link:http://webcast.funeralvue.com/events/viewer/46722

Carole was born August 24, 1948 in Houston, Texas, the daughter of Cleo Edward and Edna Browdy. Carole was baptized and confirmed in the Lutheran church. Carole graduated Texas Lutheran College receiving her BS degree in 1970. She attended the... View Obituary & Service Information

The family of Carole Kay Browdy created this Life Tributes page to make it easy to share your memories.

Send flowers to the Browdy family.