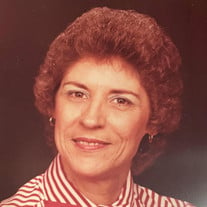 Our dear Mother, Barbara Davis, age 82, was called home to the Lord on Thursday, April 28, 2022. She passed peacefully with her daughters by her side. Barbara, affectionately known by family as Bobette, Mom, Sister, Aunt Bobbie or Nanny was born in Houston, Texas August 9, 1939 to Elvin C. Beene and Bobbie Smith Beene. She attended Austin HS but had many friends from Milby HS and the Pecan Park area. She married young and started her family at a young age; therefore was able to grow up with her four children raising them in Fort Bend County. Barbara worked various jobs, primarily as a bookkeeper. Her most memorable employer was A.J. Foyt where she kept the books and payroll. After leaving A.J. Foyt Chevrolet, she moved to Huffman Texas where she and her husband built their log cabin. There she took employment at Huffman ISD working in the administration office for 20 years before retiring in 2001. Barbara was active in the OES Chapter 1112 of Huffman until her health failed and she had to move closer to family. Barbara is survived by her sister, Suzanne DeSpain, daughter, Jereé and spouse Bill Nelson, daughter, Reneé Brasher, daughter in law, Marybeth Brasher, grandchildren Ryan Nelson, Chelsea Nelson, Bailey Petty, Travis Mitchell, Samantha Mitchell, nephew Randy Osburn and spouse Barbie, and niece Stacy Starr, and great nephew Eric Starr. In addition, she was blessed with 5 great grandchildren, Isabella, JJ, Logan, Aurora, and Alice and several surviving Smith and Beene cousins. She is preceded in death by her parents (1998 & 2007), her son Ray Brasher (2020), and son Rick Petty (2020). Barbara loved her family and was proud of all of them; she did roll call daily to check on each of them and had her own hotline to share the family news. Besides being proud of her family and her little poodle, affectionately called Little Man, she was extraordinarily attached to her custom purse with all the grandchildren’s photos. Her purse was a conversation starter to any stranger she encountered. The purse will retire after 16 years of service. Her grandchildren brought her great joy and she looked forward to every holiday when the family was able to be together. This Mother’s Day will be difficult to celebrate. The family would like to thank Advantage Hospice and her team who took amazing care of her especially her beloved aid, Jackie, who has become a dear sweet friend. In lieu of flowers, please donate to a charity of choice. James R. Petty, Jr. (Rick) was a beloved father and adored grandfather, younger brother, fun loving uncle, cousin and friend, and a favored son who shares the same birthday as his Mother. Rick lost his battle to terminal illness during Co-Vid. He will be interred with our Mom. Sunrise August 9, 1963 Sunset May 28, 2020

Our dear Mother, Barbara Davis, age 82, was called home to the Lord on Thursday, April 28, 2022. She passed peacefully with her daughters by her side. Barbara, affectionately known by family as Bobette, Mom, Sister, Aunt Bobbie or Nanny was... View Obituary & Service Information

The family of Barbara Davis created this Life Tributes page to make it easy to share your memories.

Our dear Mother, Barbara Davis, age 82, was called home to the...

Send flowers to the Davis family.