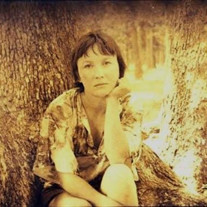 Ann Stark was born June 6, 1946 in Beaumont, Texas but resided in Silsbee, Texas and passed away in Deer park, Texas on September 9, 2021. She leaves her husband C. Max Stark Jr, daughter Lee Ann Bennet, grandson Justin Bennet, grand-daughter Aubrey Bennet, daughter Heather Somerset Elise Judkins, grand-daughter Brianna Dodgen, great-grand-daughter Emily Dodgen, great-grand-daughter Sarah Dodgen, grandson Aiden Judkins, and son Stephen Anthony Christian Stark. Ann graduated Silsbee High School in 1964, and later worked at Kirby Lumber Corporation. She later married Wayne L. Atkins and moved to Dayton, Texas, when in 1968 Lee Ann was born, later moving to Liberty, Texas, when in 1970, Heather was born. After their family moved to Houston, Ann worked several years for Sears in Sales. After that marriage, in 1977, Ann moved back to Silsbee, Texas, and worked again at a subsidiary of Kirby Lumber, Evan’s Products. In 1978, Ann married Max Stark, and Lee Ann and Heather were adopted. In 1979, Stephen was born. During his first months of life, Stephen suffered encephalopathy from each of his first two vaccines. Ann dedicated the rest of her life to caring for him. Nevertheless, Ann was always kind to all she met, as one who never met a stranger… and still she was full of joy and song. Ann had the most beautiful voice. She would sing at the church and even made a record before she was school aged. Ann was very artistic. Many of the portraits she drew were quite lifelike, and in her few moments away from being a very busy mom, she continued to sketch….and write…. filling up notebook after notebook, and notating almost every page of her bible. And when one bible became too full to write in, she would get another and fill it up. In the 1980’s Ann took some college courses in Creative Writing, and after moving to Deer Park, she joined the Bay Area Writer’s Guild. Even as she fell into dementia, she went back to college and continued taking writing courses, until she could no longer make it to the end of a sentence. A little earlier, from 2006 through 2008, we had begun looking for respite help with Stephen, as he had begun being quite a handful, AND ALSO as our “golden years” were beginning to bear down upon us. After going through a series of agencies, who would not come back after their first visit with Stephen, we were left with little but prayers for a miracle answer to what the future would hold…. And it was then that our prayers were answered then inside of a Walmart McDonald’s. Ann, once again, found some new friends…. a very nice lady, Saida, and her little baby girl, Sara. Saida had come to this country following her husband, Mohammed, and both had become citizens here. Saida was studying to become a Certified Nursing Assistant. When she heard, Ann speaking about Stephan, she asked Ann if she might help with Stephen, and thereby gain some real-world experience, which might in turn help her going forward. Well, not only Saida, but both she and her husband, Mohammed, bless their souls, continued going forward to help us with Stephan until this very day. In their friendship and unfailing help though hardships, of which there have been many, they have indeed become family. So, as Ann’s light dimmed, she was able to witness that blessing, for some comfort from that fear that every parent holds for the fate of their children…that there are still those watching out even when she would not be there to carry on.

The family of Ann Stark created this Life Tributes page to make it easy to share your memories.

Send flowers to the Stark family.